The Decency Wars: The Campaign to Cleanse American Culture

Home / The Decency Wars: The Campaign to Cleanse American Culture

Janet Jackson’s infamous “wardrobe malfunction” at the 2004 Superbowl precipitated a nationwide controversy. To judge by the hysterical reaction, one would think that nothing so sho 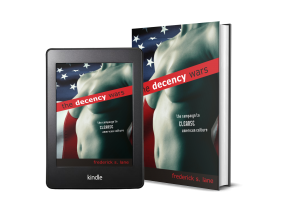 cking had ever been seen on television. Yet, remarkably, during the conservative 1950s, similar breast-baring accidents on television (by Faye Emerson and Jayne Mansfield) raised barely a stir. Is America on the verge of another puritanical era? Is this new Puritanism the result of something more than just concerns for public decency?

First Amendment and emerging technology specialist Frederick S. Lane examines America’s changing attitudes toward decency and the politics of decency in this timely book. He takes a strong and unequivocal position that it is inappropriate and dangerous for the government to try to regulate morality. He accuses religious conservatives of starting “decency wars” for motives no more noble than profit and political gain. As Lane astutely points out, such controversies generate a flood of books, speeches, and syndicated radio and television programs. More importantly, they fill the coffers of conservative politicians and “non-profits.”

Lane first sets the stage for the current controversy by reviewing the history of the decency debate from the invention of the camera as the catalyst for public decency concerns, through the mixing of morality and politics by the Moral Majority and the Christian Coalition, to the recent activist stance by the Federal Communications Commission against perceived indecency.

He spells out strategies for combating the rising influence of the Religious Right’s puritanical ploys by emphasizing that decency standards are a private and personal responsibility, not a matter of law enforcement. He asserts that we must continuously educate the public regarding the ruinous effects of government censorship, watered-down textbooks, and homophobia. Moreover, he stresses the supreme importance of supporting existing and new organizations to counteract the propaganda from groups like the Christian Coalition and Focus on the Family.

Detailing the degree to which Fundamentalist religion has pervaded current politics, entertainment, and society at large, this compelling book is essential reading for understanding one of the most fiercely debated social issues of our nation.

Jon Stewart and me, on “The Daily Show“

Praise for The Decency Wars

“This is a highly entertaining and also an important book. It tells the story of attempts to make America comply with ‘decency’ — as defined by genuine religious conservatives and by assorted puritans, busybodies, and political hypocrits. The hero is freedom of speech. The struggle goes on, and Frederick Lane has given us an indispensible guide to it.” — Anthony Lewis, author of Gideon’s Trumpet and Freedom for the Thought That We Hate: A Biography of the First Amendment.

“A fascinating, well-researched, insightful, and thought-provoking survey of the ‘culture wars.'” — Marjorie Heins, author of Not In Front of the Children: “Indecency,” Censorship, and the Innocence of Youth.

“Frederick Lane’s book starts with a ‘wardrobe malfunction’ but that is only the beginning. In a book about a controversial topic such as ‘decency,’ readers expect to get both sides of the story. But Lane gives us much more, presenting multiple and often surprising perspectives, a rich back-story, and his own incisive analysis. Lane has written a rich and important book.” — David T. Z. Mindich, author of Tuned Out: Why Americans Under 40 Don’t Follow the News.

“In The Decency Wars, Frederick Lane has written a fascinating and well-researched history of the battle over media decency in American culture. It is a provocative and compelling contribution to the essential debate over the proper balance between personal responsibility and government regulation. Lane’s book is essential reading for anyone concerned about the growing role of religious fundamentalism in American politics.” — Sharon Lamb, author of Packaging Girlhood: Rescuing Our Daughters’ from Marketers’ Schemes.

“The Decency Wars is balanced, meticulously researched, and frightening book detailing the insidious erosion of free expression in America. Frederick Lane has made a major contribution toward understanding the true agenda of the religious conservatives who are gaining power within our government at a chilling pace.” — Barbara Nitke, author of Kiss of Fire: A Romantic View of Sadomasochism.

“The best and most detailed revelations about how the corporate-generated media spectacle is symbiotically allied with both the prurient sell and with the purveyors of ‘family friendly’ moral indignation.” — Jay A. Gertzman, author of Bookleggers and Smuthounds: The Trade in Erotica, 1920-1940. 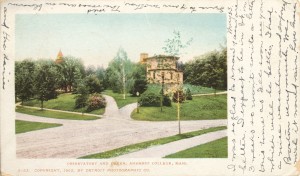