"Is there anything more fundamental to human freedom than the right to privacy, to be able to live your life as you wish without the scrutiny or the interference of bullying authority? Frederick Lane’s book confronts us with this largely invisible threat, magnified by modern technology, and challenges us to defend our most basic rights." —Howard Zinn 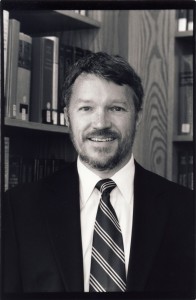 I am an author, attorney, expert witness, and professional speaker on the legal and cultural implications of emerging technology. After graduating from Amherst College and Boston College Law School, I clerked for two years for the Honorable Frank H. Freedman, Chief Judge of the U.S. District Court in Massachusetts. After practicing law for five years and writing my first book, Vermont Jury Instructions — Civil and Criminal (with John Dinse and Ritchie Berger), I launched a computer consulting business that in time led to my current work as a computer forensics expert and author.

In response to the passage of the Communications Decency Act in 1996, I began researching the legislative and media response to the rise of the online adult industry. The resulting book, Obscene Profits: The Entrepreneurs of Pornography in the Cyber Age, was the first of what is now nine mainstream non-fiction books.
In addition to these books, I have written numerous magazine articles on a variety of topics, including constitutional rights (particularly freedom of speech), privacy online and in the workplace, the impact of technology on our rights and liberties, and the separation of church and state.

On August 23, 2006, I had the honor of appearing on “The Daily Show with Jon Stewart” to discuss The Decency Wars. I have also appeared as a guest on a variety of other national television programs, including ABC’s “Good Morning America Weekend,” NBC’s “Weekend Today,” ABC’s “Nightline,” CBS’s “60 Minutes,” and assorted BBC documentaries. In addition to those televised appearances, I have been interviewed by numerous radio shows, magazines, and newspapers around the world on topics relating to my books.

Over the last fifteen years, I have frequently been invited to lecture before college, university, and professional audiences to lecture on Internet technology, workplace and personal privacy, computer forensics, and censorship issues. I am represented by the Jodi R. Solomon Speakers Bureau in Boston, MA and Vermont Voices in Essex Junction, Vermont. An extensive list of recent lecture topics is available through the menu listing at the top of the page.

In my capacity as an expert witness in the field of computer forensics, I have worked on pornography and obscenity-related litigation for a variety of clients, including the U.S. Dept. of Justice, the City of Charlotte, N.C., assorted businesses, and individual defendants.

I live in Brooklyn, NY with my wife, Dr. Amy Werbel, and one or more related members of the millennial generation. From October 2002 to March 2012, I served on the Burlington (VT) School Board. I chaired the Board’s Finance subcommittee from 2007 to 2010, served as Clerk of the Board from April 2003 through March 2009, and served as the chairman of the Board from 2010-2012. I also served as a member of the Board of Directors for Vermont Community Access Media, one of the region’s three public access television stations.

Jon Stewart and me, on “The Daily Show“